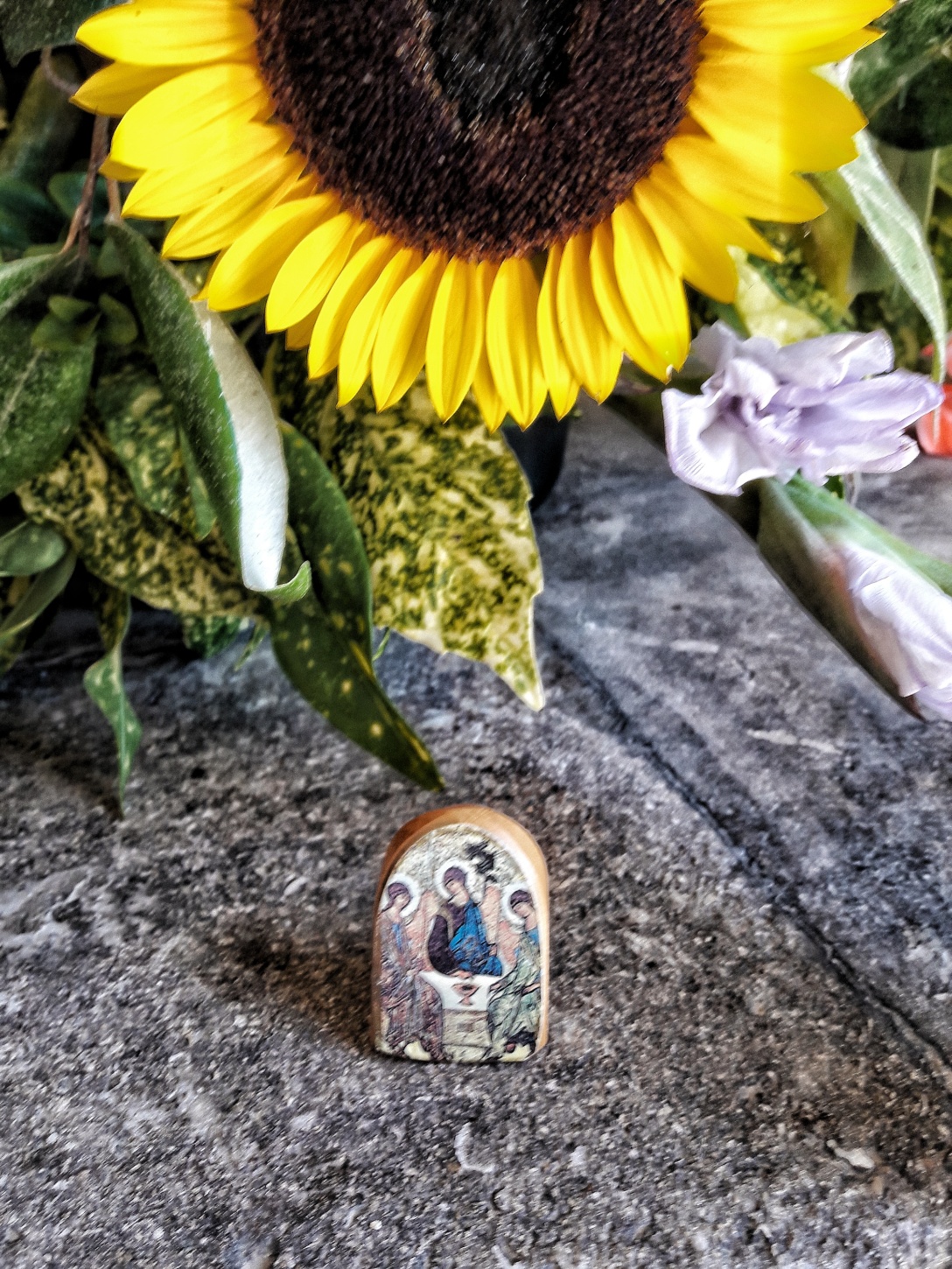 I’ve been restless these last couple of evenings – feeling the pull between Tenderness and Sedation. I meditated the other night but I came out of it sharply because I heard a noise. I’ll try to remember it.

I went to the well. JC wasn’t there so I dropped a stone in; I didn’t hear it hit the bottom as usual and I went to pour a drink – water I think, but He came up behind me and led me away. We went to the place with the waterfall – the impossible rivers and impassable mountains – and we climbed down the side of the waterfall, Him in front, making me safe even though the climb was treacherous. We swam in the water – generally messing about. He was diving off the rocks and I did too. JC went over the rainbow, but I went through it (I think). The eagle was there. then I was in a green tunnel – trees and grass – with a light in front which opened out to fields. As I went through the tunnel I began to soar as I became the eagle. I flew above the fields and I was happy and free. And I was soaring above the Vatican in Rome, just before I was shocked out of it. The sense of freedom and flying was incredible. I felt so happy.

Was this death and resurrection? Was this marriage, overcoming fear, and the resulting freedom and happiness? Is this freedom from Tenderness and this waiting place I have been in? The Vatican is the church, but what does all of this mean? Being able to soar. I wrote a poem about that once – it was to do with Prince and about being uninspired. He tied me to the ground even then. What about Sedation? Will he let me fly? Will he inspire me to fly? JC you’re so cryptic sometimes! Through the rainbow – hope. The companion thought it was a bridge bringing me and Tenderness together.

View all posts by sunflowerseedspirituality

To buy my artwork on stuff visit:

My shop at Redbubble.

You choose it, they make and ship it, I get a small commission.